Indeed, you can take that charming pearl in the north of the Free State of Saxony, that clings to the lowlands of the Elbe River and is surrounded by inviting forest and heath regions, to your heart.

Torgau, the epitome for an idyllic little town in Renaissance style, is forged by history and stories around personalities of international rank like Martin Luther, Lucas Cranach the Elder, Heinrich Schütz and Philipp Melanchthon.

Who approaches Torgau along B87 from the east is impressed by the historic town centre with the remarkable silhouette of Hartenfels Castle and St Mary’s City Church which surprise every visitor.

The first mention dates back more than 1000 years – a history of heights and depths, full of events which made Torgau known all over the world.

In the 15th and 16th century the town on the Elbe River develops into a preferred residence of the Saxon Electors. Torgau became the political centre of the Ernestine line of the House of Wettin, who owned the dignity of an elector. In that time the mighty four-wing castle Hartenfels was erected which belongs to the architectural treasures of the town and is a centre of attraction for young and old with its grand spiral staircase (Großer Wendelstein), the “Beautiful  Bay” and the bear pit.

The Palace Chapel, which was consecrated on October 5th, 1544 by Martin Luther himself, is of outstanding importance as the first newly built Protestant church because it first realized the intellectual program of Reformation in architecture and art clearly. Luca Cranach the Elder was responsible for the complete color arrangement in the church.

In St Mary’s City Church there is the tombstone of Katharina von Bora, Luther’s wife.

In 1627 the first German opera “Daphne” by Heinrich Schütz was performed in the Castle on the occasion of a wedding.

The market square and the town hall with its remarkable round bay and remains of St Nicolas’ Church, which lost its function as a Catholic church in the course of Reformation, are situated on the geographically highest point of the town.

Merchants and craftsmen, who supplied the court and gained wealth, erected representative houses of prosperous citizens which even today make the townscape, which is forged by sandstone portals, house signs and interestingly shaped gables, unique.

Wars belonged to the dark chapters in the history of Torgau. In the Seven Years War Hartenfels Castle was occupied by Prussian armed forces.

The strategic situation of the town made Napoleon come to Torgau. He began to fortify the town in 1811. Many medieval buildings were torn down. After the Vienna Congress (1815) Torgau went to Prussia and developed into a town of garrison and civil servants, which gained economic prosperity after defortification.

Later the name Torgau obtained a bitter taste because of the erection of Wehrmacht prisons in the old fort of Zinna and at the bridge’s head in the time of National Socialism. Temporarily, the Reich court-martial and after 1945 the internment camp of the Soviet military administration were situated in Torgau.

On April 25th, 1945 the town on the Elbe River moved into the view of world public with the meeting of Soviet and American soldiers. The symbolic hand-shake on the destroyed Elbe bridge became the synonym of the peoples’ will of peace.

The American War Veteran Joseph Polowsky succeeded posthumously to get his last wish accepted: He was buried in Torgau in 1983.

The annual ceremony on the occasion the “Elbe Day” reminds the people of the historic link-up on the Elbe River even today.

Torgau presents itself to its visitors as a town which has mainly maintained its old structure. But this shines in new brilliance thanks to extensive measures of preservation.

And it is a predestined starting point for visits in neighboring towns like the Luther town of Wittenberg, Leipzig – the town of Bach and Mendelssohn and Dresden with its electoral splendor. 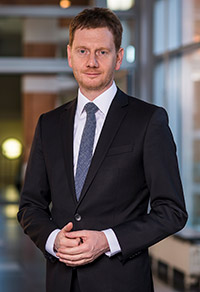 In the past, a great deal of momentum for German-language music came out of Saxony - think of the oratorios of Leipzig's Thomas Church choirmaster Johann Sebastian Bach, the songs of Zwickau's Robert Schumann or Richard Wagner's operas. At Schloss Hartenfels, this musical tradition of German language singing is continued by young singers. I think that's wonderful. 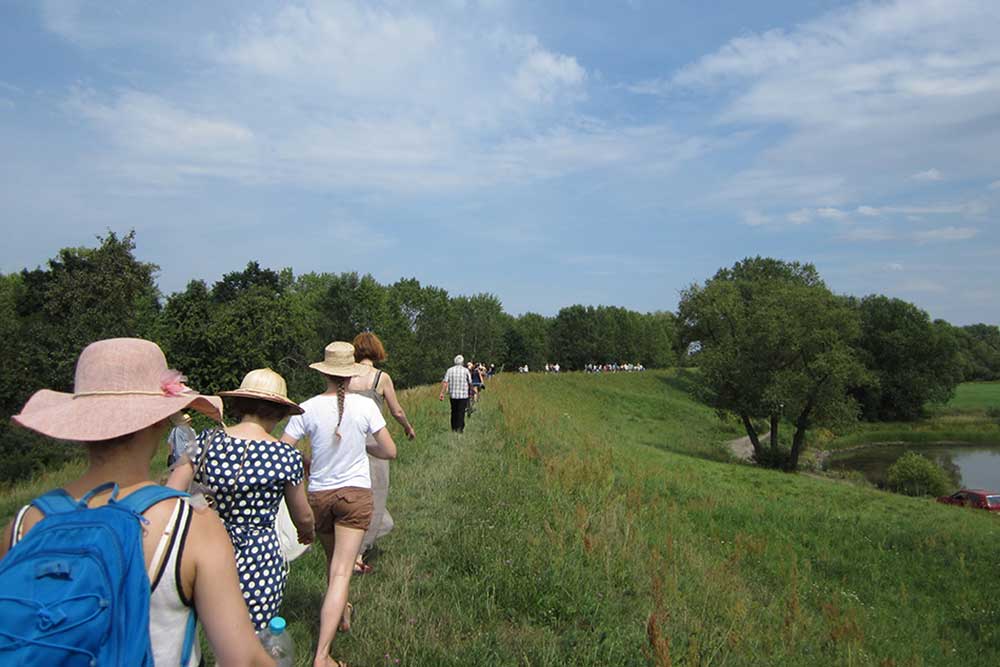 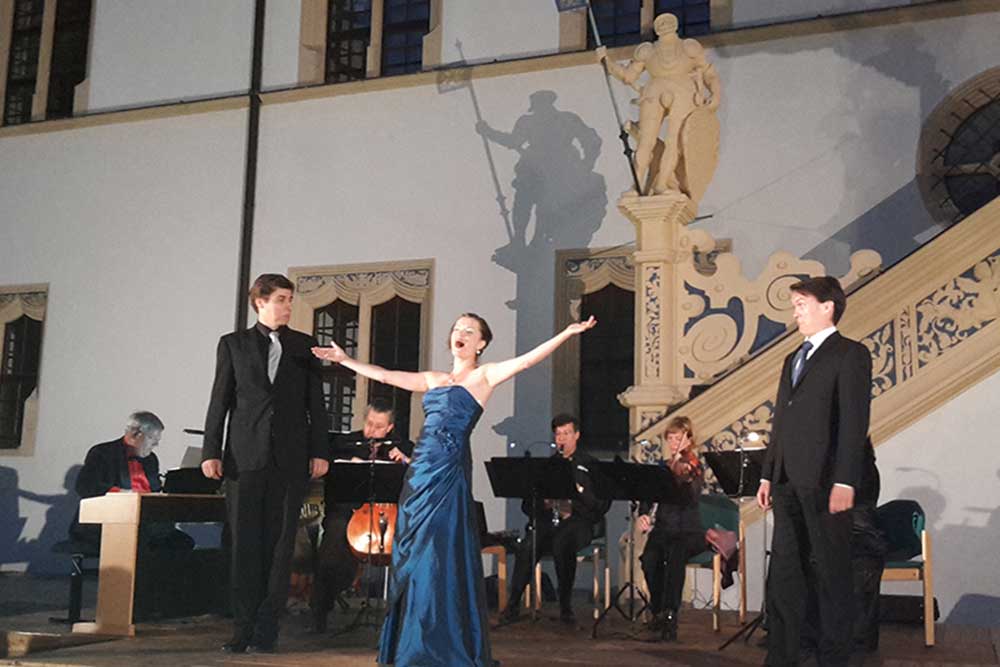 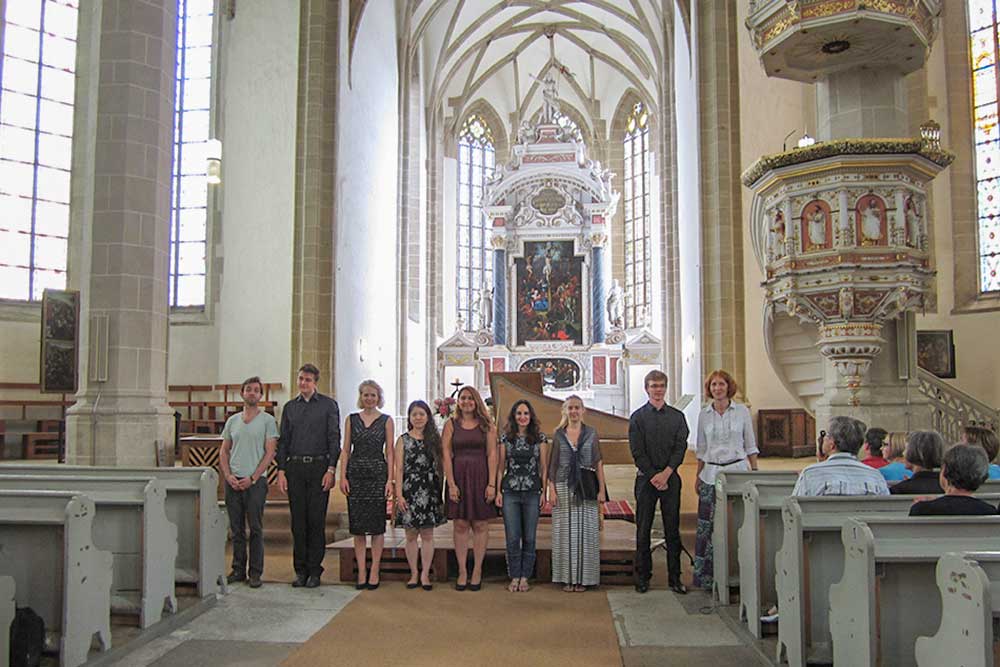 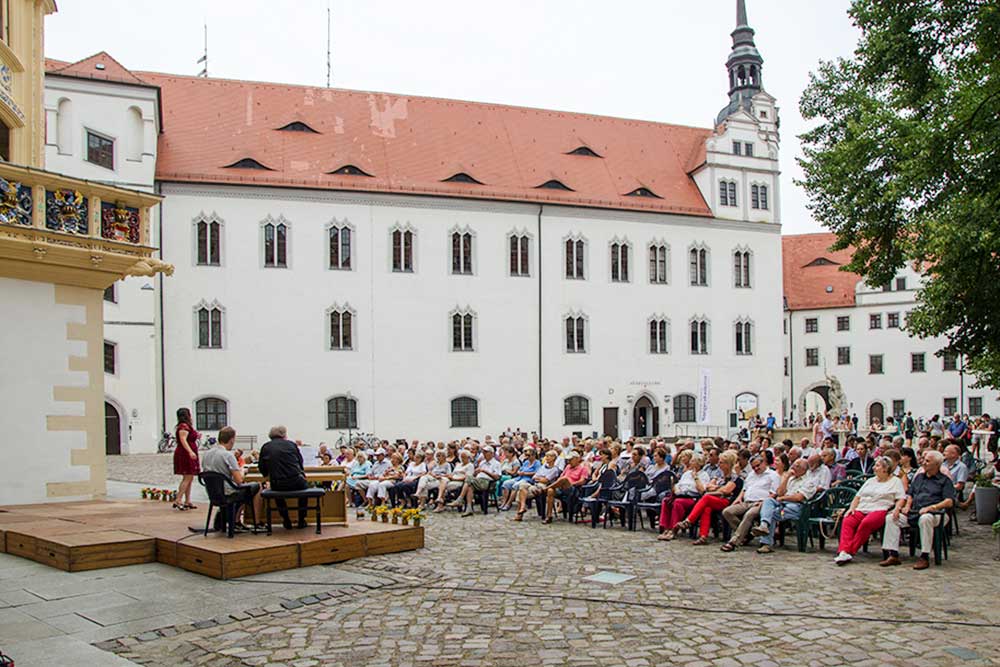 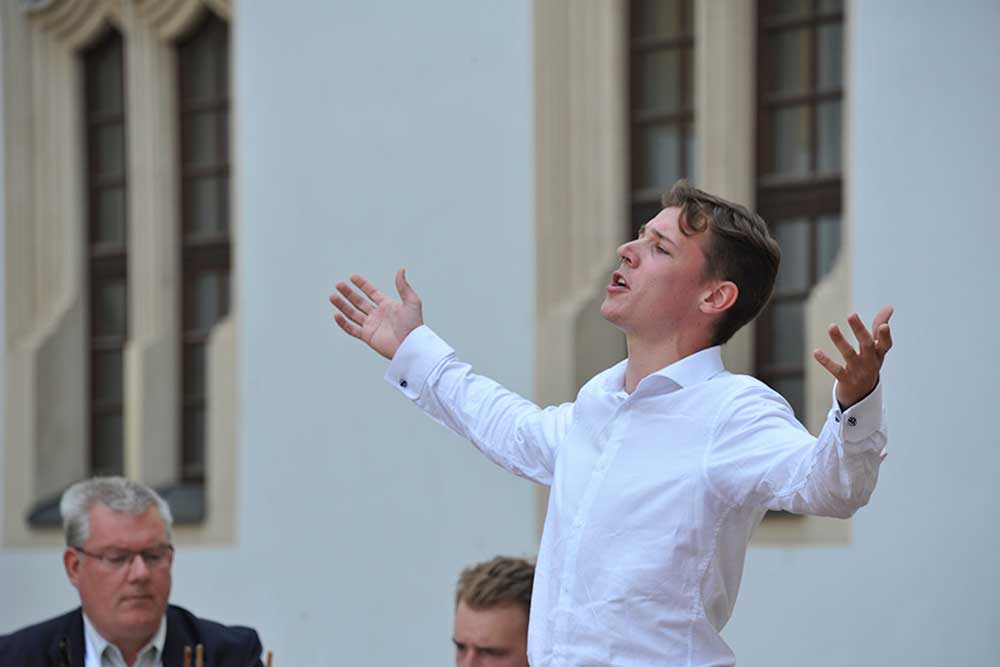